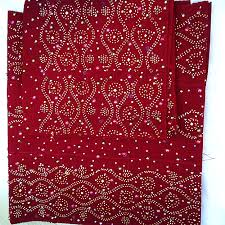 Earlier, in cold places dresses were heavily made mostly in leathers to protect from cold, while in hot and temperate zones, they used cottons. Later, dresses became fashionable and cute, not minding any more the weather. People borrow and take designs from other people they come across in their travel or migrations; making dresses international. As the saying goes, fashion never changes but it only repeats itself. In a global world, the fashion designers worldwide, use their talents to invent, and dictate to the world what to wear, especially among the jet-set and the youth. Since we know that all cultures of the world are important, and less one the cultures of the earth are not complete and so are their fashions. 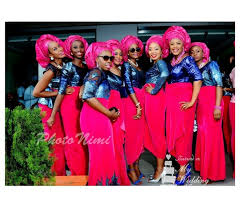 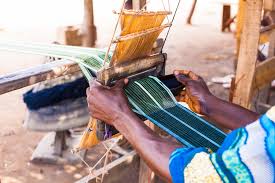 The Making of Aso Oke  cloth

In Yorubaland, the Yoruba people love to dress for the occasion, for any type of ceremony; weddings, naming ceremonies  and burials.
In the family, people may decide to choose the same colour of dress,  (Aso Ebi) family dress.
Once the date is fixed, always in advance, the group leader will find a good tailor and get samples of texture and color to bring to group to pick from. Then, the cost of the stuff and building are established on,  and a person chosen as among them as a treasurer to collect from each member the amount agreed on, because the stuff and building will have to be done in the same place.
Elder in Aso Oke 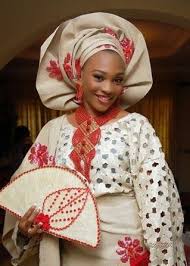 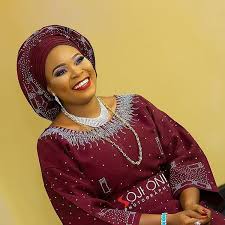 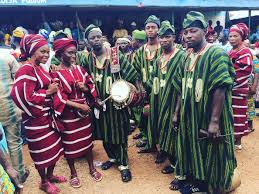 Yoruba dresses have dressed most West African people, because of their richness in colours and styles: